A Court of Wings and Ruin by Sarah J Maas

A nightmare, I’d told Tamlin. I was the nightmare.

Feyre has returned to the Spring Court, determined to gather information on Tamlin’s maneuverings and the invading king threatening to bring Prythian to its knees. But to do so she must play a deadly game of deceit—and one slip may spell doom not only for Feyre, but for her world as well. As war bears down upon them all, Feyre must decide who to trust amongst the dazzling and lethal High Lords—and hunt for allies in unexpected places.

I waited for an entire year for you. A whole year of torture. A whole entire year of wanting, because the previous book left me hanging. I was there when SJM made us guess what you will be called. I waited for the cover reveal with much patience. I scoured AO3 and Tumblr for fanfiction and fanart, just to abate my darned feelings. I hung on to every scrap and quote Bloomsbury deigned to give us peasants.

And so we’re here at last. The last book of Feyre and Rhysand’s arc. Where’s that weird hurt animal sounds coming from? Oh wait, that’s me.

ACOWAR was a fitting end to my favorite book series. Individually, it didn’t really compare to the awesomeness that was A Court of Mist and Fury; as an ending to the series, though, it was beautiful. Somehow, SJM managed to tie this story neatly while introducing new possibilities for her upcoming spin-off novels and novellas. It was a bittersweet ordeal, really. I had to say goodbye to Feyre and Rhys, but it got me excited about the coming stories.

I’ve always thought that the strong point of these novels were its characters. And that’s what I love most about this book. 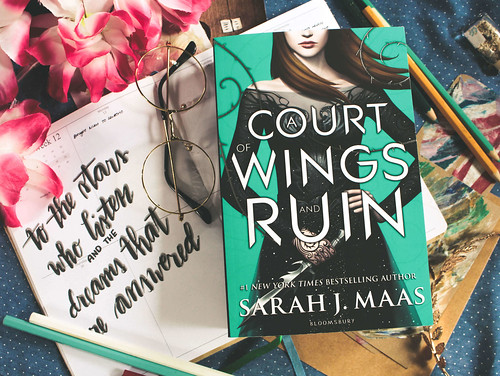 Let’s talk about Nesta and Cassian. Nesta, the coldest bitch this side of Prythian, finally thawed somewhat. She’s still the ice queen we’ve come to know and love but we see this human and vulnerable part of her that we didn’t know existed. Now we know how fiercely she loves her sisters and their father. Now we know that Nesta loves Illyrian wings, too and that she’d rather die than be parted from that bastard Cassian. Dear Cauldron, I love their dynamic. Bickering one moment and the other, saving each other’s necks. I love the slow burn. And most of all, I love how we got to see these interactions through Feyre’s point of view. It’s like Nesta and Cassian don’t know that others know they got the hots for each other.

Then there are the other ships. Elain and Lucien. I don’t want to start because I can’t stop. Too many feelings and theories. I’m still rooting for them, against all odds.

Mor and Az. Or the lack thereof. How many ships can SJM sink in a series? 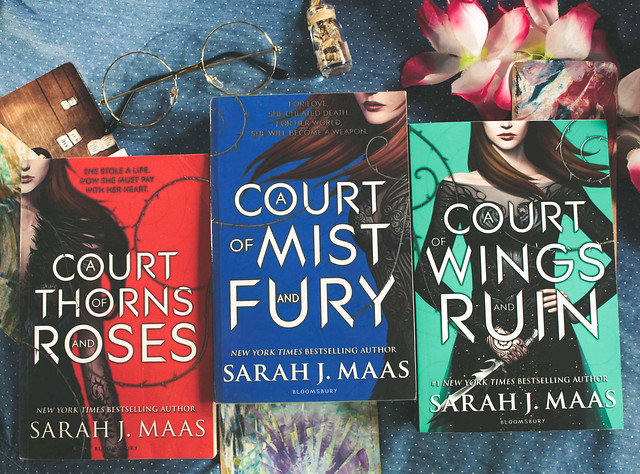 Then there’s Tamlin. Contrary to popular opinion, I wanted Tam to have his redemption arc. Sure, he did awful things, but I didn’t really think he was an intrinsically evil character. It was pretty hard to want this for him because he was a total dick at the start of the book, but we get the redemption arc. Towards the end, Tam tells Feyre to be happy, while giving a piece of his power to resurrect Rhys (aka the Rhysurrection). We get some semblance of closure, and I was glad that it was executed beautifully.

SJM has been known to treat her books with some fairy tale elements. In this book, she managed to insert Swan Lake, Moses from the Bible and Russian folklore. I thought it was great. Her depiction of the war though? It was just so-so, which is pretty funny because the war was supposed to be the central part of the story, right? Ironically, I wasn’t too excited about it. I’ve read YA books that had great war storytelling and this just wasn’t it. But then again, I think SJM’s strongest suit is her character development, so I didn’t really mind. As long as all my babies survived it.

All in all, I think this was a fitting end to the first leg of the series. It was worth the wait! I can’t wait to get my hands on the spin-off novels! 🙂

Haven’t read this book yet? Get your copy from Book Depository here!